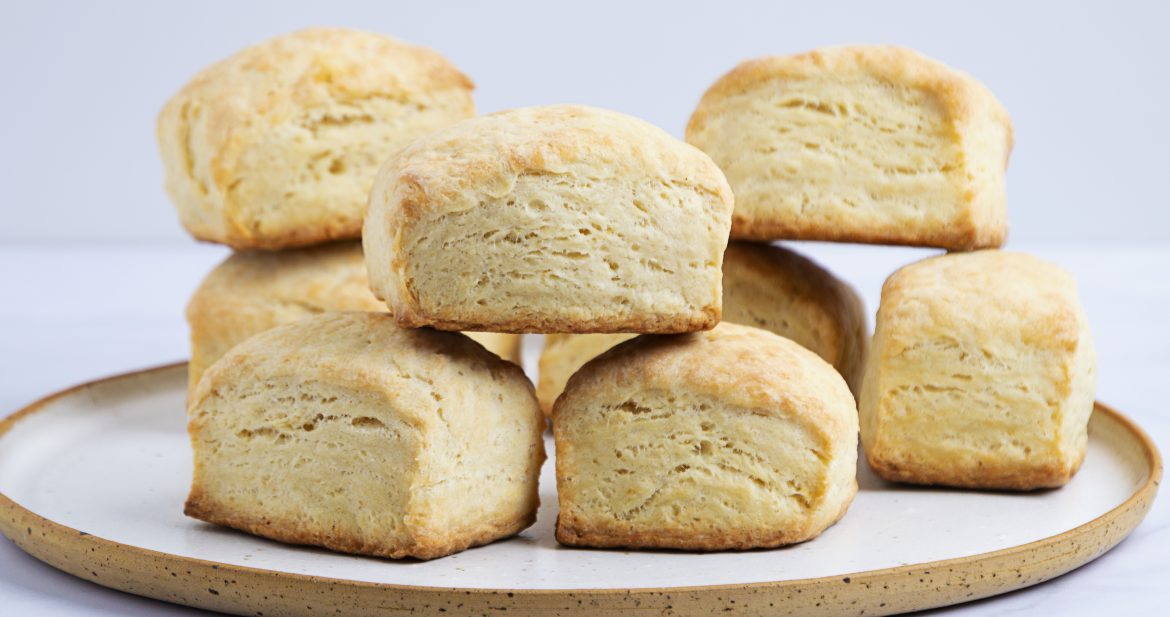 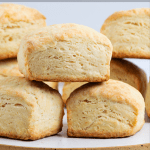 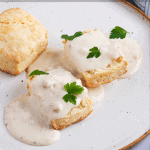 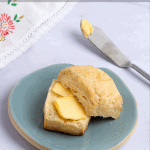 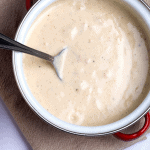 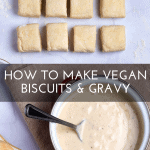 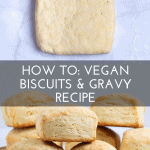 This Vegan Biscuits and Gravy recipe is the best dairy- and egg-free way to make flaky and tender biscuits with creamy plant-based gravy.

Everyone loves a freshly baked biscuit, not to mention one slathered in homemade gravy. And now plant-based eaters can rejoice: these biscuits and gravy are 100% vegan, and every bit as savory, buttery and delicious.

How to Make Vegan Biscuits

Despite being vegan, this biscuit recipe is similar to your standard homemade biscuits. You’ll need the standard dry ingredients, plus a few dairy-free swaps to replace the milk and butter in most biscuit recipes.

How to Replace Dairy in Homemade Biscuits

It’s easier than you think to swap out butter for dairy-free homemade biscuits. For this recipe, you’ll use:

To mix the dough and shape your vegan biscuits, start by combining the dry ingredients in one bowl. Then add the dairy-free butter in small pieces to the dry ingredients, working the butter into small flour-covered pieces. You can do this with your hands or a pastry cutter.

Next, add the wet ingredients (yogurt, Greek yogurt and nut milk) to make a shaggy, sticky dough. Be sure not to overmix anything, which can result in dense and chewy biscuits.

To cut the biscuits, shape the dough into a square on a flat work surface. It should be about 1-inch thick, with a flattened surface. Use a sharp knife or rotary cutter to slice the dough into 8 equal squares. Be careful not to press down on the biscuit dough too much, which can prevent all those flaky layers from forming.

Let the cut biscuits chill in the freezer for about 20 minutes before baking them to flaky, golden brown perfection.

How to Make Vegan Gravy

While your vegan biscuits bake, it’s time to make your gravy. If you like, you can use a link of plant-based sausage to add texture and a familiar meat-like flavor to your sauce.

The other ingredients you need for this creamy and savory homemade gravy recipe are:

Make the gravy right in a large cast-iron skillet. The recipe comes together in minutes and results in a thick, creamy and flavor-filled sauce that you’ll want to eat straight out of the pan!

Serve your vegan biscuits and gravy fresh and hot! You can also top your flaky biscuits with fruit jam (try one of my low-sugar jam recipes made with peaches and vanilla or raspberries), a pat of plant-based butter, or alongside a warm bowl of homemade soup.

The gravy goes just as well over seared tofu, tempeh, or other plant-based protein for a hearty meal that you won’t miss the meat in.

You can store the gravy in an airtight container in the fridge for up to 5 days. Keep the biscuits on the counter for up to 2 days. Both the biscuits and gravy can be frozen for up to three months.

To defrost frozen vegan biscuits or gravy, let both thaw in the fridge overnight or on the the counter for a few hours before serving. You can also warm them in the oven, wrapped in aluminum foil.

After enjoying your vegan biscuits and gravy, give these recipes a try next: 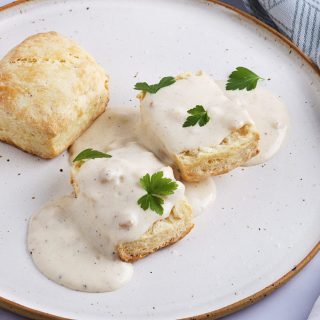