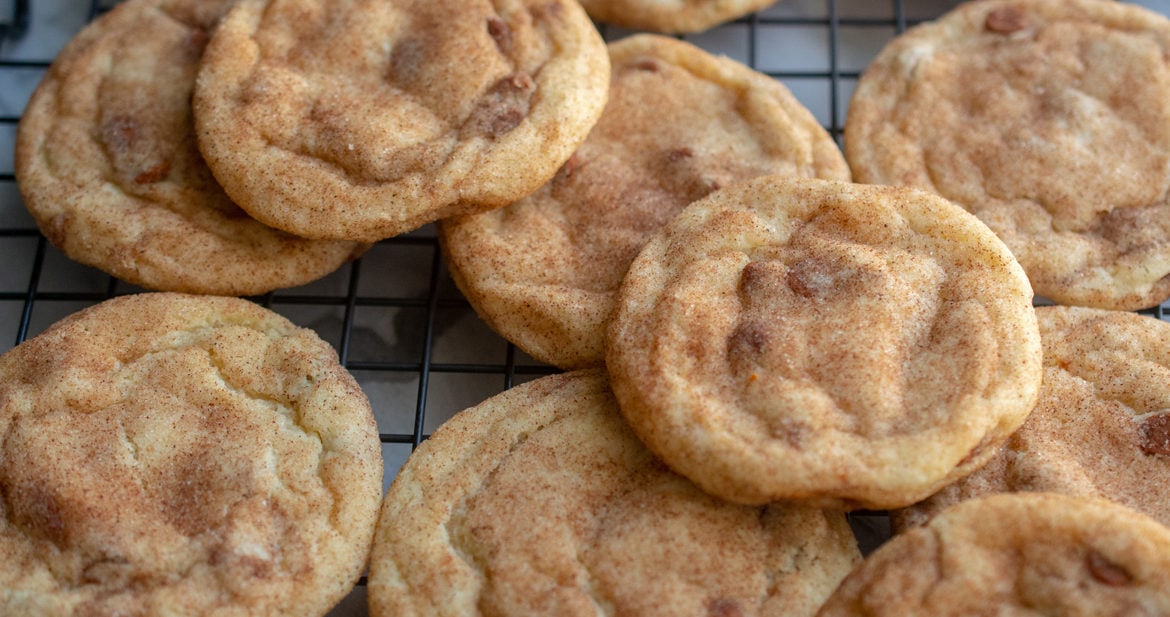 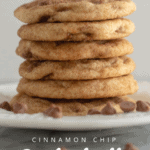 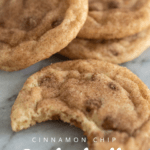 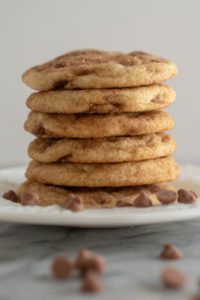 Cinnamon chips are sometimes hard to find, so if I see them, I always grab a couple of bags. In some grocery stores, they’re a fall item. You can usually find them at Walmart or Target, or you can order them from Amazon

. Creaming butter and sugar might seem like an unnecessary fuss, but it actually aerates the dough so you will end up with lighter, more even-textured cookies.

During the creaming process, scrape down the sides of the bowl a couple of times, so you don’t have unmixed streaks of butter.

After the butter and sugar are nice and fluffy, add the eggs, vanilla and lemon juice, then beat for 3 more minutes.

At this point, if you are using a stand mixer, switch from the whisk attachment to the cookie paddle. Add the dry ingredients in 3 batches, mixing after each addition.

Add the cinnamon chips and mix until they are well distributed. Doesn’t this dough look yummy? I’m not a huge fan of eating raw cookie dough, but I couldn’t resist taste-testing this one: 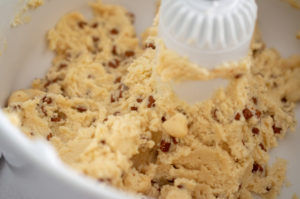 that has been lined with a silicone baking mat

or sprayed with cooking spray. 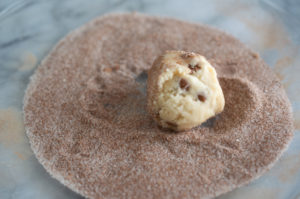 Here they are, ready to go in the oven: 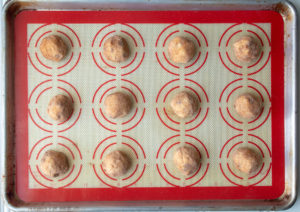 Bake your cinnamon chip snickerdoodles for eight minutes at 350 degrees F. I experimented with baking times between eight and ten minutes, but eight minutes was the perfect time for cookies that are soft in the middle and not dried out. Let the cookies cool on the baking sheet for five minutes, then transfer them to a cooling rack. 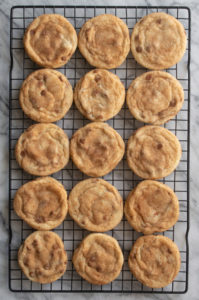 These cinnamon chip snickerdoodles are irresistible with a cold glass of milk. This recipe is one of our family favorites, and I hope it will be a favorite at your house as well. Give it a try, and let me know how it turns out! 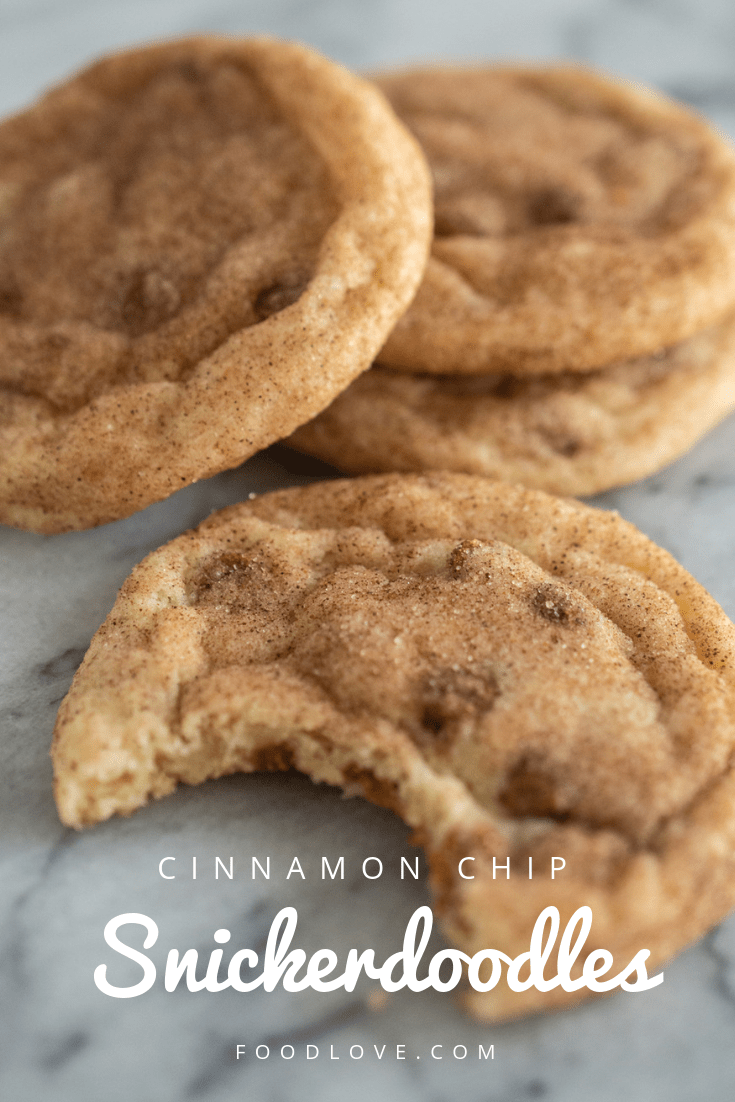 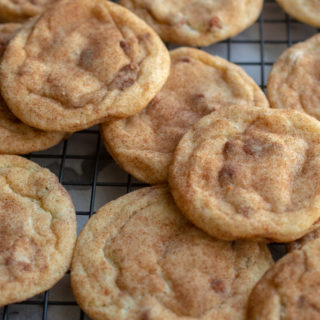 Serving: 1cookieCalories: 136kcalCarbohydrates: 18.3gProtein: 1.6gFat: 6.4gSodium: 116.8mgFiber: 0.4gSugar: 11.4g
Keyword cinnamon chip snicerdoodles, cinnamon chips, snickerdoodles
Did you make this recipe?Let us know how it was!
Disclosures: The author was not compensated by any person or company for the content of this post. The post may contain affiliate links. If you buy a product using these links, we receive a commission. This helps with the cost of publishing recipes on this website.