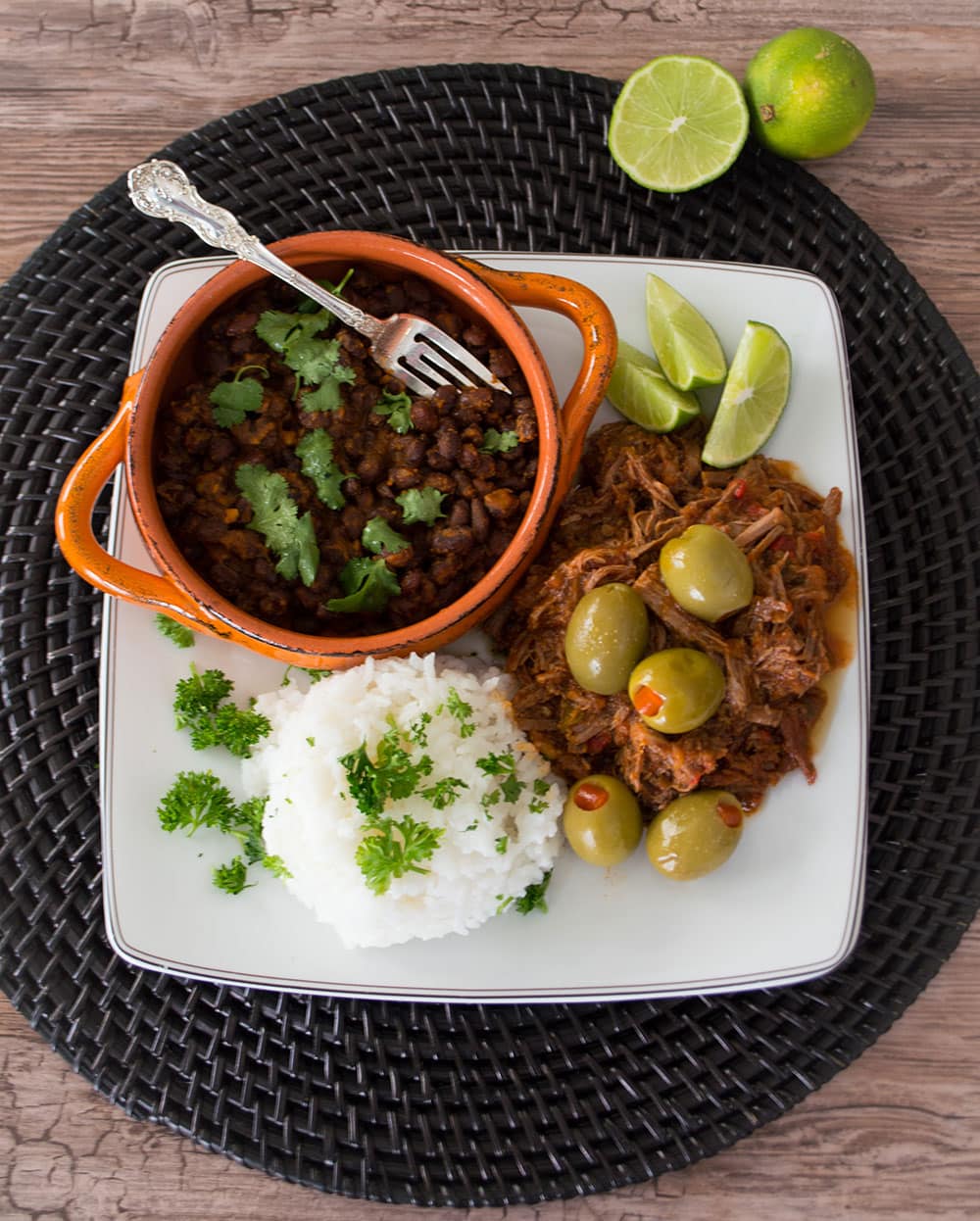 It’s been cold here in Salt Lake City – really cold, like single digit lows at night and highs in the teens during the day. It’s a perfect time to cook up something warm and spicy, like this Ropa Vieja beef stew. “Ropa vieja” is Spanish for “old clothes,” and this dish is traditional in Cuba. The name is a play on the ragged shreds of beef that are cooked in a peppery tomato broth and served over rice.

This version of Ropa Vieja is adapted for the slow cooker, so it doesn’t use traditional browning and braising techniques. To be honest, I don’t know much about Cuban food, but I love this dish. Most Ropa Vieja recipes call for flank steak, which tastes amazing and shreds beautifully, but can cost $8 or more per pound. I’ve substituted rump roast, which was on sale for $2.99 a pound when I bought it for this recipe, putting it on a par with chicken breast. I like beef as much as the next girl, but if I’m going to spend $8 a pound on steak I’ll probably use it in a recipe that showcases the meat a little more. This recipe makes eight large or 12 medium servings, so unless you have a big family, you can put half of it in the freezer for a day when you don’t have time to cook.

This Ropa Vieja bubbles away in the slow cooker all day long with tomatoes, onions, garlic, bell pepper, jalapeño, cumin, apple cider vinegar, and a little ketchup. Don’t freak out about the ketchup – it adds a perfect touch of sweetness. Twice, I’ve been cooking this dish when people came over to visit, and they wanted to know what smelled so heavenly. One person insisted on having me write down the recipe, just because it smelled so good. 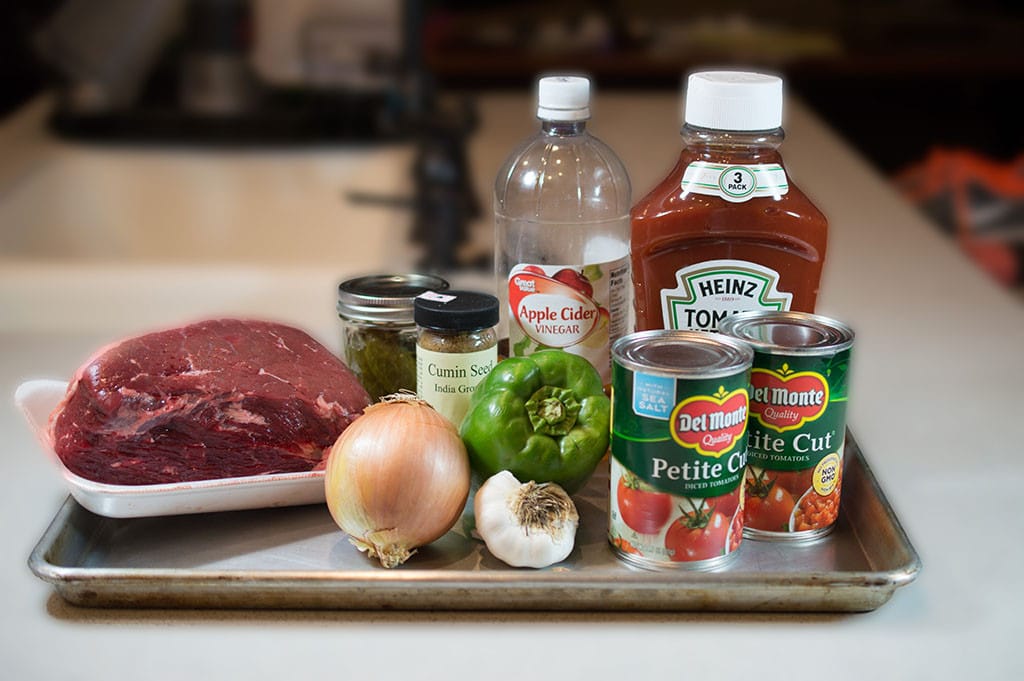 This dish is simple to put together. The tomatoes, seasonings, garlic and jalapeño go into the slow cooker first, followed by the rump roast, and then the bell peppers and onions go in last. 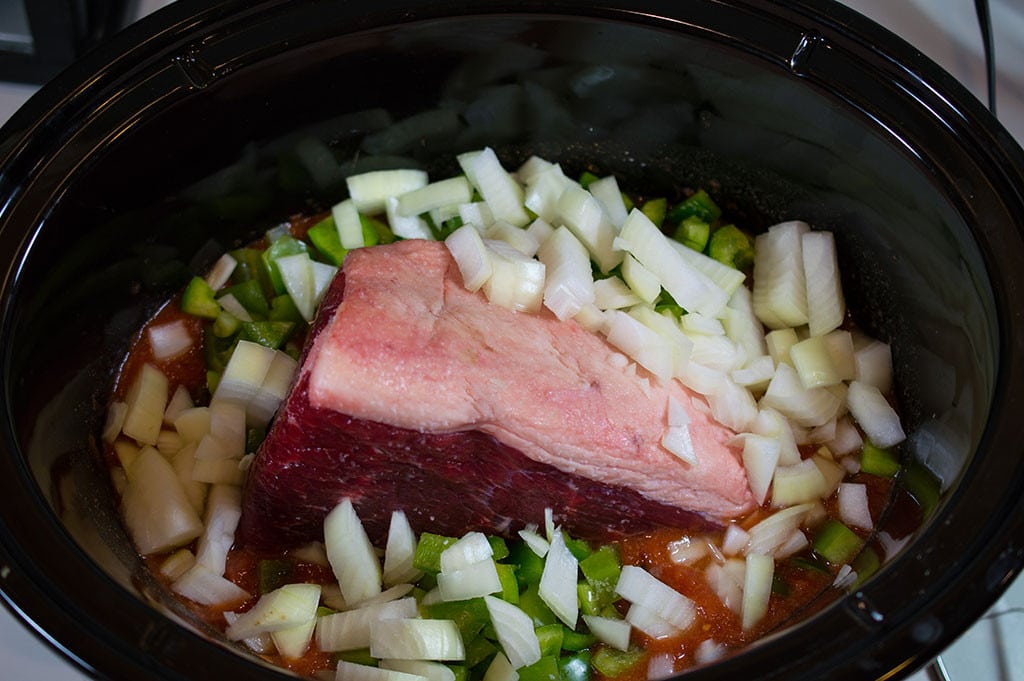 Once the roast is cooked, you take it out of the cooking liquid, remove the fat, cut it into three-inch wide chunks, and shred the meat with two forks. The shredded meat goes back into the pot with the tomato broth and a little green olive brine. Ropa vieja is served with rice, and traditionally topped with green olives. I like to serve this stew with a side of seasoned black beans, like Allie’s Best Ever Mexican Black Beans, substituting cumin for the taco seasoning in the bean recipe. 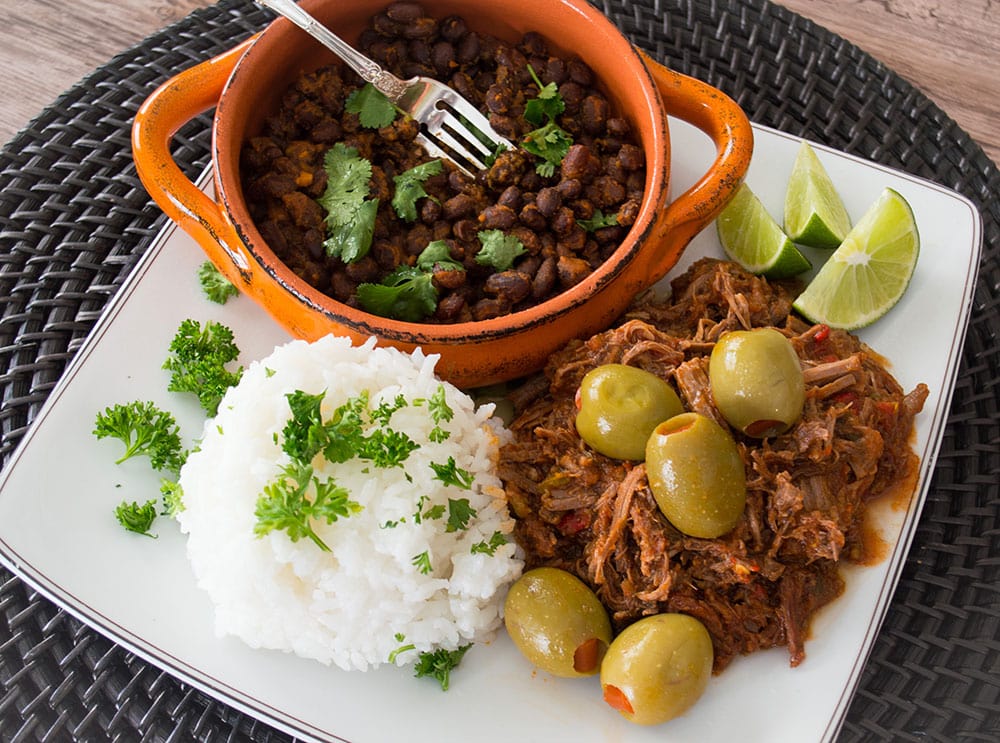 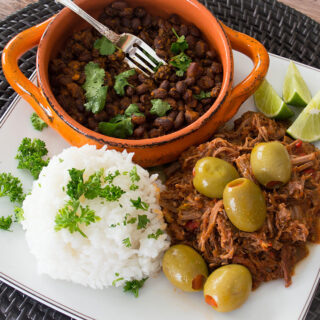